After their pastry spent the night in the fridge, this morning, Year 6 made their Oznei Haman (Hebrew) or Hamentaschen (Yiddish).  They rolled out the pastry and used cups to cut out equally sized circles.  The put some chocolate chips or a dollop of jam in the middle of their pastry circles and then carefully pinch the pastry together to make the triangular shape of the Oznei Haman.  After baking in the oven, for a little longer than the recipe stipulated, the Oznei Haman were ready.  Everyone was in agreement, they are delicious!  Year 6 baking skills are improving week on week.

Tonight (25th February), Jews around the world will be celebrating the festival of Purim.  This is a happy, jolly celebration where adults and children dress up and party.  Lots of singing, dancing and having fun.  Every year the story of Esther is read in the synagogue and every time Haman's name is mentioned (he was the Persian King's advisor and wanted all the Jews to be killed) children and adults make lots of noise to try and drown out Haman's name.  They use special noise makers called Ra'ashan (in Hebrew) or Gregger (in Yiddish).  Today, Year 6 made their own ra'ashaneem and used them during the telling of the story of Esther.  Making them and using them was great fun. 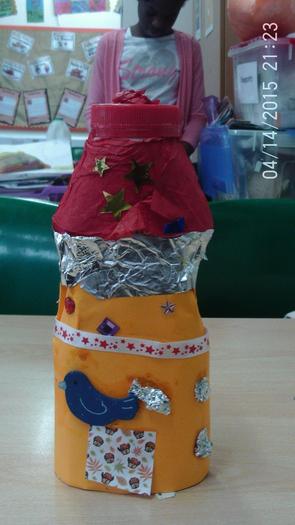 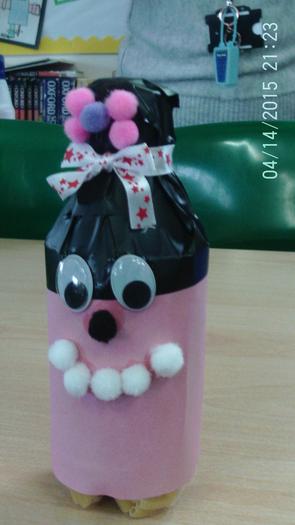 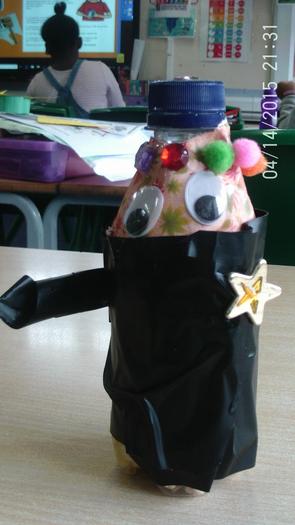 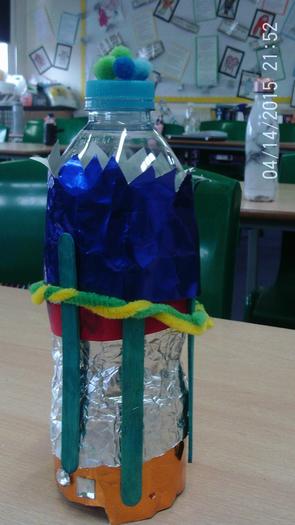 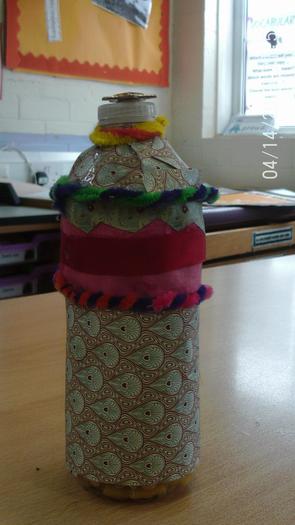 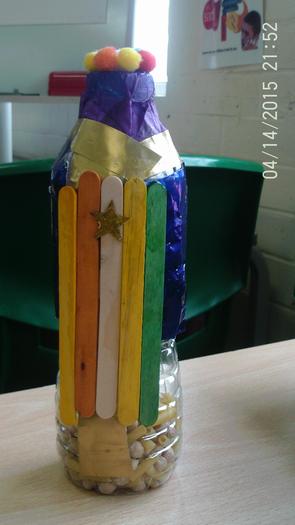 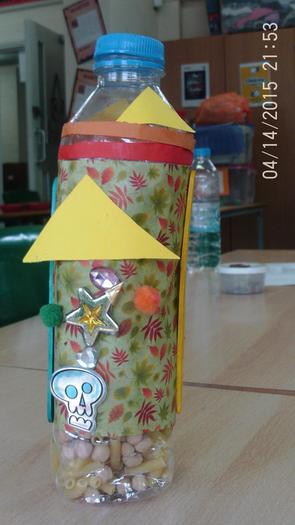 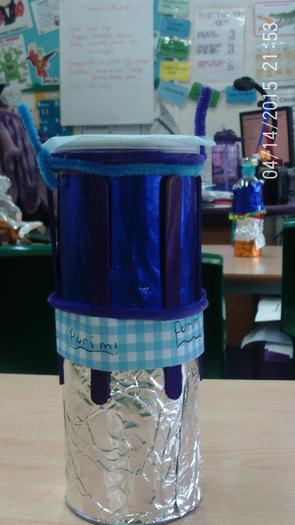 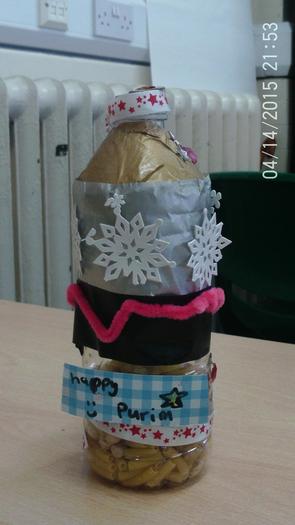 How much noise can we make? 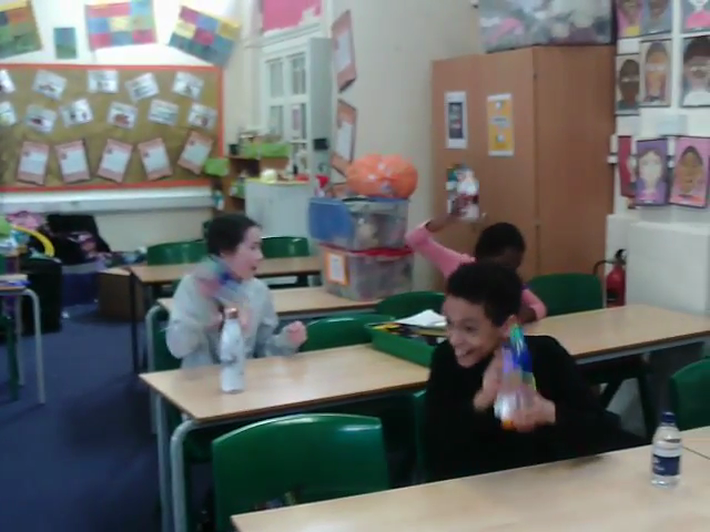 Year 6 have been very busy today.  They have made rainbow pancakes as a late pancake day celebration.  And, in honour of Purim, they have also prepared the sweet pastry for making Hamentaschen or Oznei Haman tomorrow.  The pastry needs to be in the fridge overnight so they will be making the Oznei Haman (Haman's ears) which are triangular shaped pastries filled with jam, fruit or chocolate - yum, yum!!

Below are the photographs of our rainbow pancake fun.

Acid and Base | Acids, Bases & pH | Video for Kids

Acids and bases are two specific types of chemicals.Whether an element is an acid or base depends on the type of ions present in it. If it has so many hydrog...

So far this week, we have been looking at a poem called, 'Superheroes I Could Have Been'.  Year 6 have been creating their own superheroes and have been performing the poem.  Below are the videos of their performances.  We hope you will enjoy them.

The Superheroes I Could Have Been performance poetry

Superheroes I Could Have Been - performance poetry.

To celebrate Chinese New Year - Year 6 practised their sewing skills to make traditional red gift envelopes out of felt. They also drew a fiery dragon and signed their names using Chinese letters (can you work out their names)?

Much to the children's horror, yes, black beans were required in the recipe we used.  They were horrified and were convinced the brownies would be disgusting.  However, they put their trust in us and happily made them.  One group narrowly escaped disaster when they realised they had missed out a vital ingredient: cocoa powder!!!  All groups worked together fantastically.  With all the baking Year 6 have done recently, they will be opening a bakery soon!!

Despite the black beans, these brownies were delicious :-) 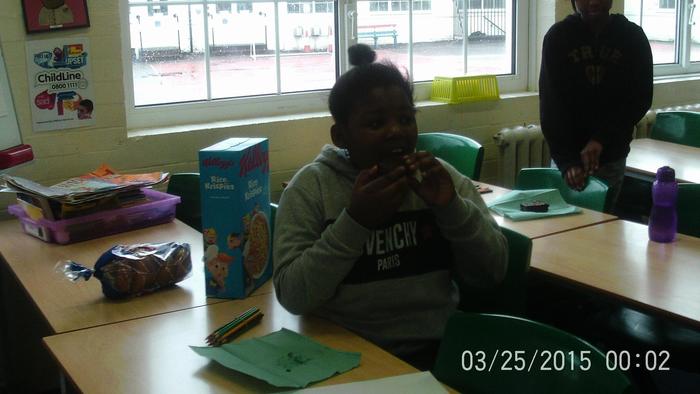 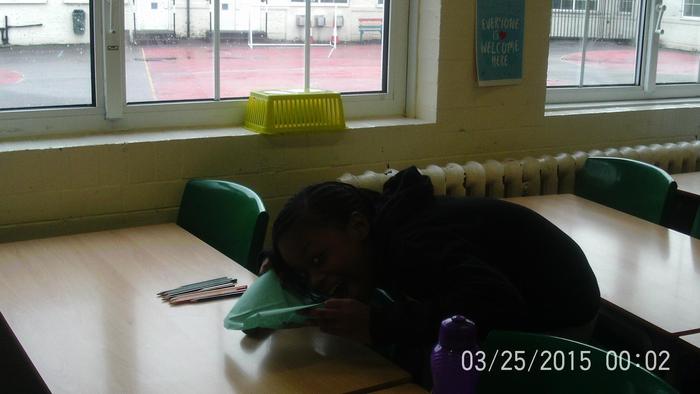 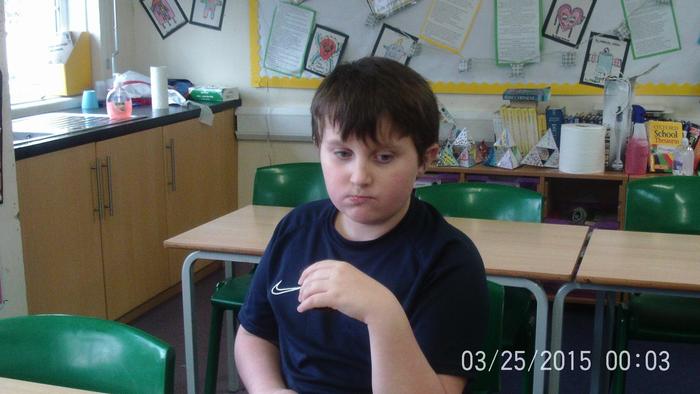 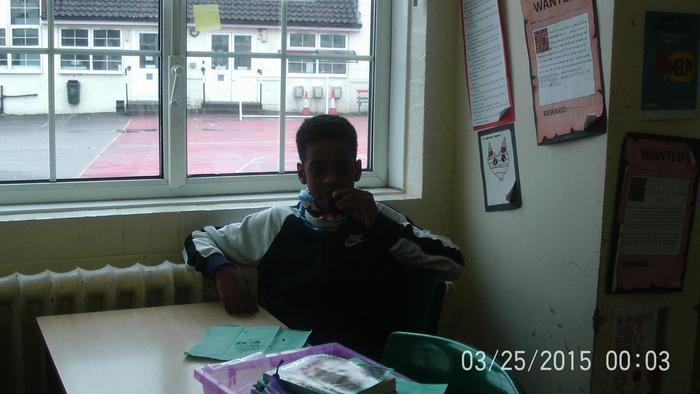 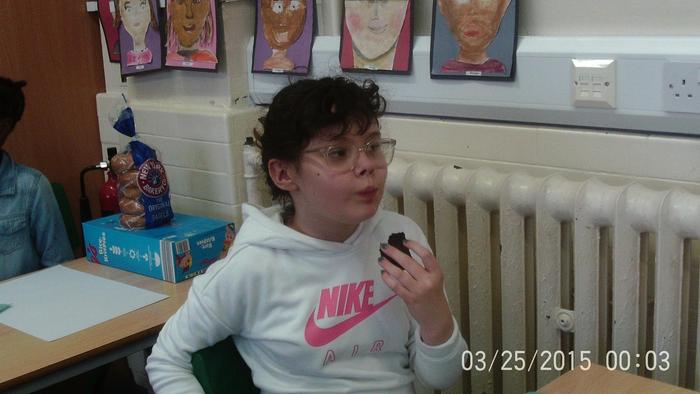 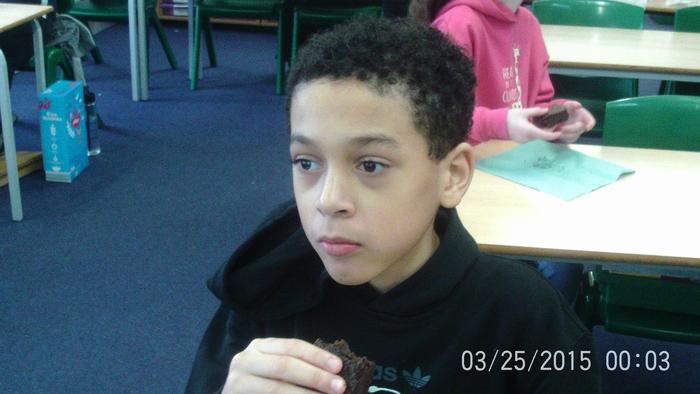 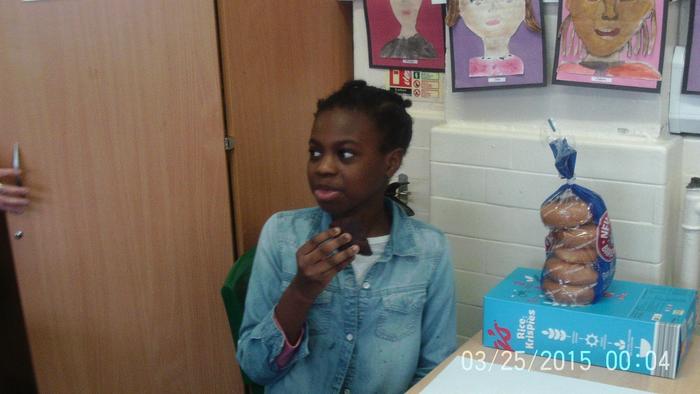 Today, Year 6 focused on Looking after their selves.  They discussed the importance of looking after a healthy body and a healthy mind and thought about how they could take responsibility for this themselves.  They came up with ideas for things they could do to ensure they get exercise and know how to make themselves feel better when they are feeling down.

Watch this space for their Looking After Yourself poems coming soon! 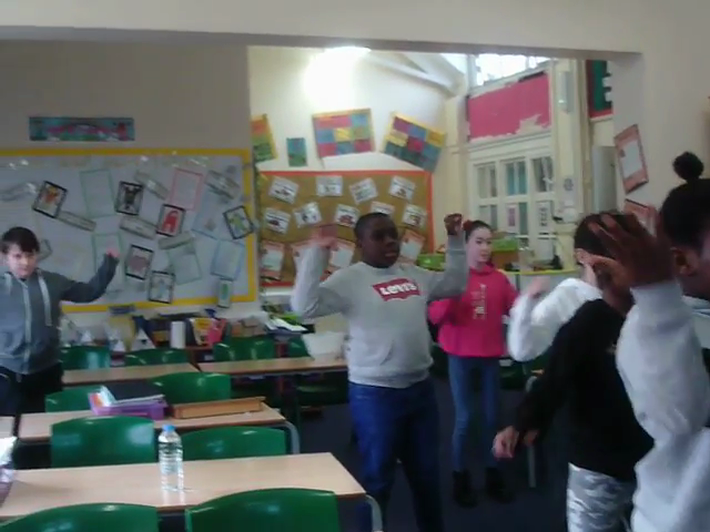 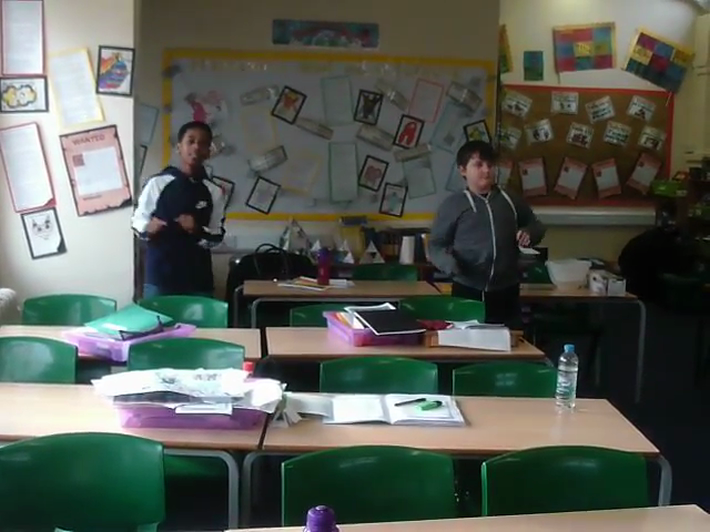 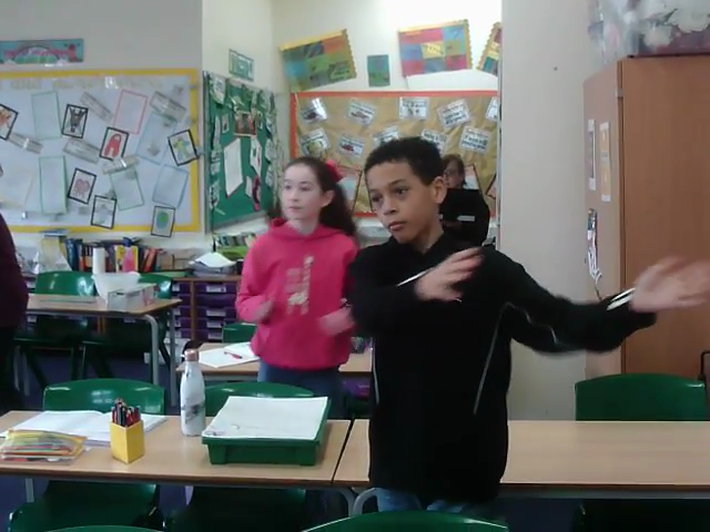 Great fun was had running and dodging around the hall.  It's hard work when there are only 4 players on each team and very, very serious business; so much so, that strategy briefings were required.  The children went home sweaty and tired, but happy after such great exercise. 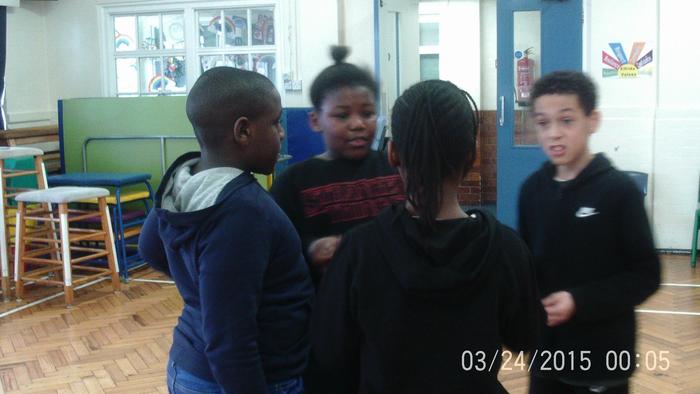 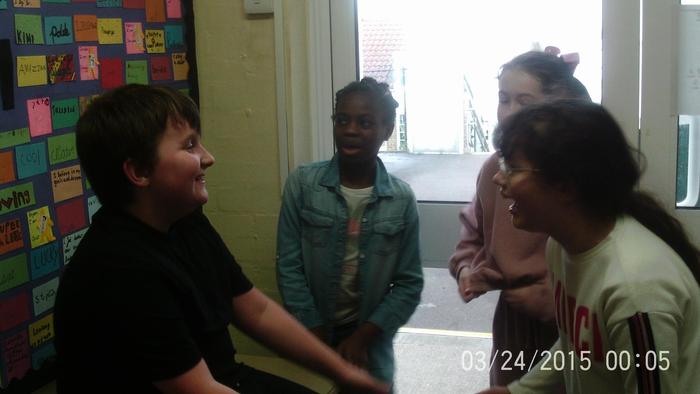 As it is Mental Health Awareness week, Year 6 have been focusing on mental health and wellbeing.  Each day they are focusing on a slightly different area:  Monday - Wellbeing; Tuesday - Rights and Respect.

Each day there is a song and a dance and a range of activities to follow. 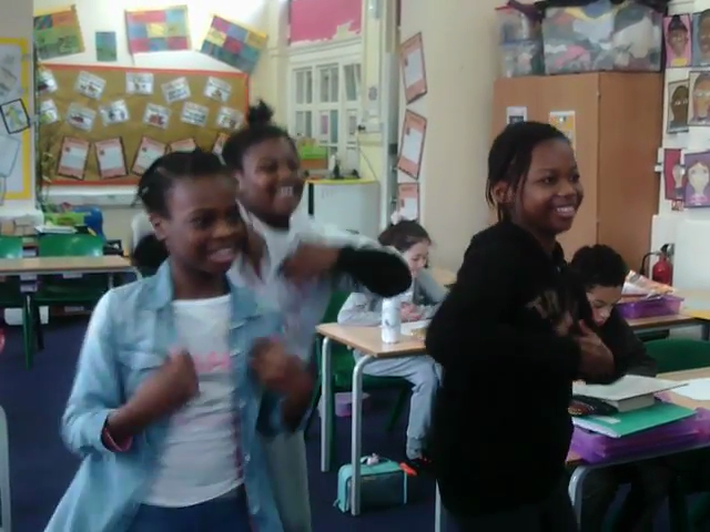 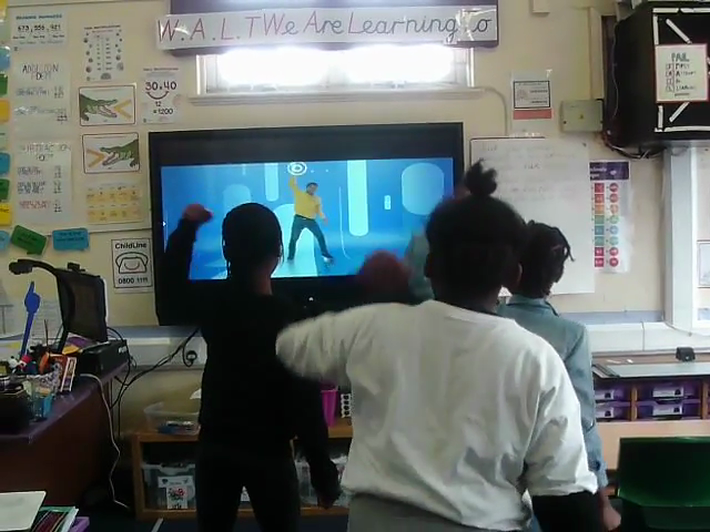 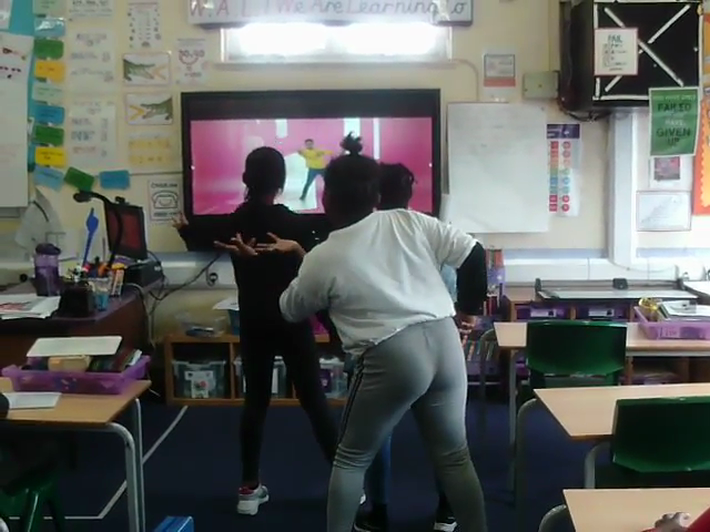 On Thursday Year 6 made Shortbread biscuits to celebrate Burns Night (Monday 25th January). They enjoyed making these (especially the eating part). They are all becoming very adept bakers!

This week's baking activity was making scones.  Some of the children made savoury cheese scones, some fruit scones and some plain scones.  Fun and laughter was had by all.  The 'rubbing' technique they learnt last week was put to excellent use during scone making.  Despite their doubts about the cheese scones, the verdict was unanimous, they were scrumptious!!  In fact, all the different scones turned out very light and fluffy and absolutely delicious, heavenly, lovely and perfect.

We have been taking part in the live workouts all week, Mrs Efrat included!

Year 6 enjoyed making Fruit Crumble today as part of our topic Great British Desserts. They either made Apple or Mixed Berry Crumble. One of the skills they learnt was the 'rubbing in technique' which they all mastered. Fun was had by all and it was unanimous that the crumble tasted amazing!

Year 6 enjoyed reading the short story 'Butterflies' by Kevin Crossley-Holland.' They designed and coloured in their own butterflies and followed this by making origami ones. .

Butterflies a short story from 'Short' by Kevin Crossley-Holland

Unfortunately not the ones with chocolate chips.

Some cookies are necessary in order to make this website function correctly. These are set by default and whilst you can block or delete them by changing your browser settings, some functionality such as being able to log in to the website will not work if you do this. The necessary cookies set on this website are as follows:

Cookies that are not necessary to make the website work, but which enable additional functionality, can also be set. By default these cookies are disabled, but you can choose to enable them below: